Over the past 3 years, I’ve been training with Brian Quinlisk, putting my life back together, and making changes so I can be fit, and healthy.  The furthest thing on my mind was thinking I would ever compete in a bodybuilding/bikini competition.  In 2014, I was at my highest weight of 207 lbs.

As a teenager, I knew that modeling was something I wanted to do. My friends would go around with a camera and I’d pose or do random photo shoots. Long story short, sometimes our lives end up taking different paths.
Through-out all of 2016 I was content with my maintained weight loss, but I felt there was more I needed to do.  I just wasn’t sure what that was.

In November 2016, I had the opportunity to go to the NPC Infinity Fit Championship held in Indianapolis.  Being there, my first thought was…these people are in incredible shape. My second thought…there was no way I would be able to get up on that stage and be judged.  Three days later, I emailed Brian and said “ok…let’s do this. I want to compete in the April 2017 Natural Indiana, do you think it’s possible?”  His response was “yes”.

In January 2017, I jumped in full force into a different world, not knowing what to expect.  I started a very strict meal plan; eating 6x a day; not just eating anything, all meals are very specific, and needed to be measured out exactly.  I was now training 5 days a week, and doing cardio 6 days; which meant 5 of those 6 days, I would be at the gym 2x.  Getting up at 5 am for cardio, only to be back 4 hours later to weight train.  If anyone tells you this process is easy.  It’s not.

I kept a journal of everything I was eating, the days I went to train, the specific areas we worked.  It’s an exhausting process, both mentally, and physically.  There were times when I would just feel like giving up, and had it not been for the support of my friend and meal planner Beth Daugherty, my trainer/coach Brian Quinlisk, and others from Absolute U fitness,  I truly am not sure I could have gotten through the process.   These individuals are some of the most important people to me. They helped me get through the hard days, pushed me when I wanted to slack off.  For this, they were my life line.

This was one of the hardest things I had ever taken on in my life.  Thing is, as much as there were times I wanted to give up, or I felt lost. I knew…I knew I couldn’t walk away from achieving this.  For me it wasn’t something I wanted to take lightly, I needed to prove something to myself.  I wanted to show others that no matter where you come from, or what things or situations you may have encountered in your life that it is possible to reach those goals that you have set, it is possible to move forward to be better then you ever thought you could be.

I was over 200 lbs, I have a benign brain tumor, my body isn’t perfect. Those were things that I never thought I would overcome.  The negative thoughts I had about my body, and some naysayers are what were holding me back and I lost confidence in myself.  If I’m honest, those things did pop up during this process, and I had to fight hard to push them away.  In doing that though, I gained so much more.  It probably didn’t show up till a few weeks before the competition; but I started to see a change in me…not only physically, but in confidence, and in strength.

When I was waiting to take my place to walk across that stage, I was shaking.  My entire body had goose bumps. I stopped, took a moment, composed myself, and said ”let them see you Connie, be proud of what you’ve accomplished, and who you are”.  Smile on my face I walked across that stage in front of those judges, did the required poses and walked away proud of what I brought.
I didn’t place this time around, and that’s ok.  I gained so much more.  I learned a lot about the people who were there, the kindness that everyone shows to one another.  I had support that I never knew I had.  I also realized that deep inside I do have a strength, and determination to further than I ever thought I could.  I’m not finished yet, I’ve only just begun. 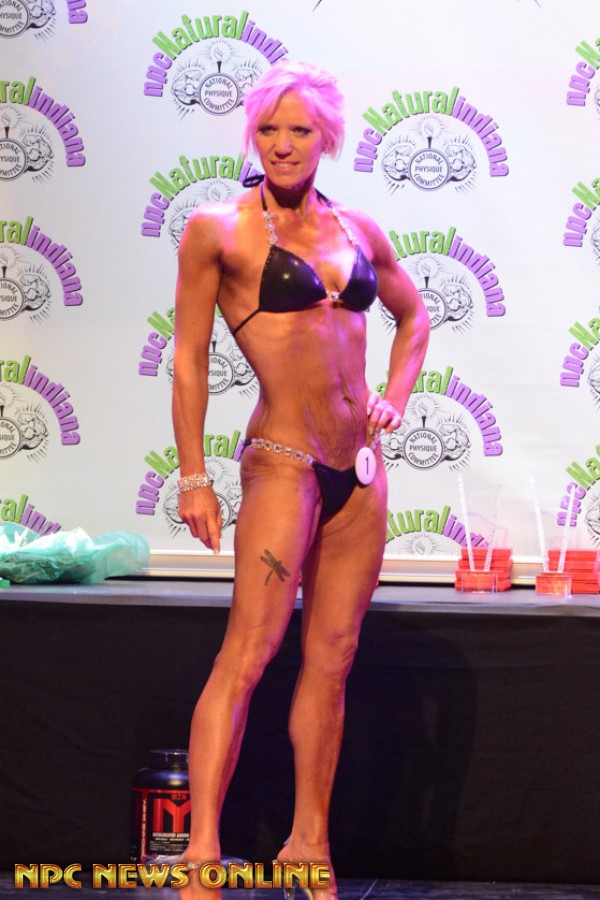